Teams are now arriving at the coastal town of Viveiro in Northern Spain for the 4th edition of Raid Gallaecia, which is round 4 of this year’s AR World Series and its first stop in Europe. The teams are coming from all over Spain, Sweden, Denmark, Poland, France, the Netherlands and Uruguay and will be racing on a 484km course with 13,700m of ascent. 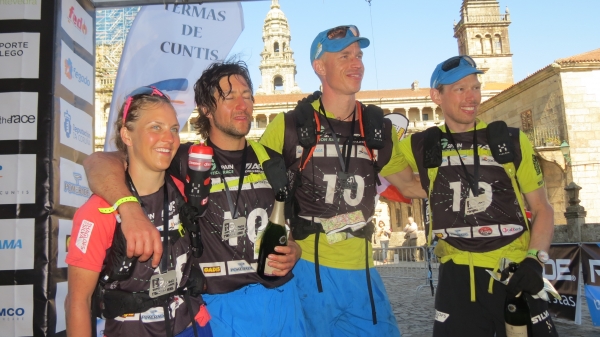 The race has a history of close and high level competition at the front end, having been won in the past two editions by Team 400 Naturex (France) and Haglofs Silva (Sweden). They are currently the #2 and #3 ranked teams in the world, finished seconds apart at the last World Championships on Reunion Island ... and they are back to race off against each other again in Gallaecia!

The team line ups and names are a bit different this time however. The Naturex team are a completely different line up to the team who won 2 years ago, and recently won at XPD India, but the strength of their squad is such they are still one of the favourites. (Read the 2017 Race Reports.) They are not the only strong French team racing however, Issy Aventure and Adeorun also have teams entered.

What was team Haglofs Silva are now Team AR Sweden as they are currently unsponsored and shouldn’t be confused with the Spanish Haglofs Raid team.  (Yes the second best team in the world are unsponsored!) They are lead once again by Bjorn Rydvall with Josefina Vikberg and Mattias Nystrom returning from the winning team in 2015 and Erik Rahimi completing the team.  Nystrom has been out of international racing in the intervening years so is making a return to ARWS competition. (Read the 2015 Race Reports.)

Another Scandinavian raider on the title might be Team Yeti from Denmark. They have bags of experience, strong navigators and think the balance of the course and disciplines will suit their strengths.  Among the Spanish teams the freshly renamed Team Pedasi Paradise includes 2010 World Champs winner Arnau Julia Bonmati and they too will be aiming for the podium and want to give the race its first Spanish winner.

The team coming from furthest away are Uruguay Natural Ultrasports who must be the most prolific and well travelled team in adventure racing right now!  There are two teams travelling from Poland, including one from the organisers of this year’s European AR Championships, Team Adventuretrophy.pl.

They are not the only race organisers in Gallaecia. The Budino Raid team organise their own events in Gallaecia (and will be going on to race ITERA in Scotland in August), and there is a team from Aventura X-perience, a multiday race held in Catalonia. (You can read SleepMonsters coverage by Anne-Marie Dunhill of that race here.)

The final international visitors are the ‘Dutchables’ who are a new team and say they are trying to be the first team with 4 Dutch racers to finish an ARWS race for a decade!

In total there are 19 teams on the ARWS course and they can expect an intense, technical and beautiful race, while those following the coverage through the Track The Race platform can expect to see a close competition for the title.

Rob Howard will be reporting from the course, talking to the teams and describing the drama and detail of the race as it unfolds.