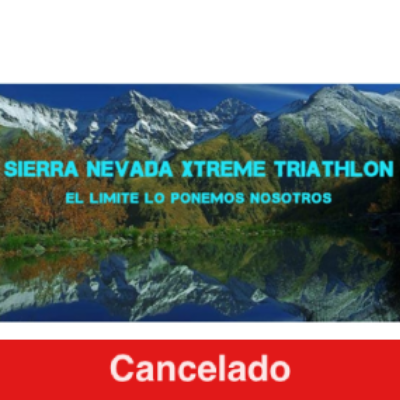 The swim starts in the Mediterranean Coast coming out of the water by an old fisherman neighbourhood that transports us to another time. This place is known as la Caleta in Salobreña. From its narrow and quiet streets whitewashed in white, we start a bike trip of 200 km, going into the Alpujarras, reaching in the Port of Ragua, (2041m.) the highest point of the route. This is the mountain pass that takes us from the South to the North face of Sierra Nevada mountains.

A fast descent takes us to la Calahorra to go West and passing later  Jeréz del Marquesado with the imposing and beautiful views of the North faces of the highest peaks of the peninsula. The Mulhacen, Alcazaba and Pico Jeréz watch us on our odyssey on the way to the Quéntar dam where the run leg starts, with a 44km race on foot towards the ski resort of Sierra Nevada.
​​
Before you sign up you must be fully aware of what you will be facing. If you have not yet done any triathlon of the so-called "Xtremes" it is important to know that they have a different philosophy, in which to participate you must have your team. In this sense, they are very similar to Ultraman. Both the Athlete and his support team, who will accompany him during much of the cycle tour by car, must respect the traffic rules.

​
SNXT is considered a non-competitive event. The main objective is to reach the finish line and everyone from the first to the last will receive the same gifts and the desire finisher shirt. Before registration opens we will post the Rules, which are mandatory for athlete and support team to read and understand.

We can guarantee you that when you cross the finish line you will feel for a few moments the strongest person of the planet Earth while at the same time you will feel sick and ill and everybody around you will admire your achievement.

If you like adventure, embark with us and be part of the history of the  SIERRA NEVADA XTREME TRIATHLON.

Send your question to the organization ofSierra Nevada Xtreme Triathlon 2020. They will answer you as soon as possible.