“I think we made a good race,” said Henrik Leth Jorgensen of Team Yeti, winners at Raid Gallaecia today. “I don’t think we made any navigation mistakes, maybe a minute or two here or there, but nothing big.” 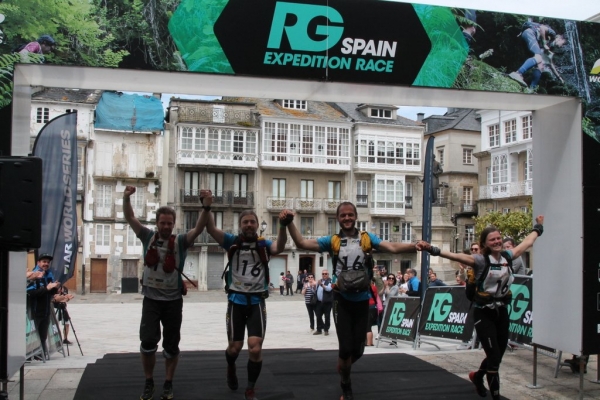 Many, many factors contribute to a team winning, and navigation and mistakes are always high on the list.  His team had been alongside their rivals for the past few days, Team ARSweden, during the final night of the race and at a junction they chose to go different ways ... and the Danes made the right choice.

“We caught them about an hour before dawn, “said Jorgensen, “and could see their lights ahead for a while. Then we went together for a while and when the path divided we made different choices. We discussed if we should stay with them but decided to take our own way and we never saw them again.”

His team crossed the line with a good lead just before 13.00 in the central square of Viveiro to claim their first AR World Series win (and I think the first for a Danish team).  “It is also Laura’s first race in the world series,” Jorgensen told me.

“We win a place in the World Champs next year and had planned a big race for 2020 as it’s the last year of our sponsorship, so maybe it will be the World Champs, wherever that might be!

Speaking about the course he said, “I think they made a good route for us, and this is a really good area for adventure racing.  Maybe it could do with some bigger mountains, but it was challenging enough as there are so many ups and downs all the time.”  (The irony of that when he organises races in Denmark may have passed him by!)

The team quickly settled down to enjoy their beer and pizza, pose for photos and talk to the press before waiting for the second placed Team ARSweden to arrive at the finish. (Third places 400 Team Naturex are not far behind them.)