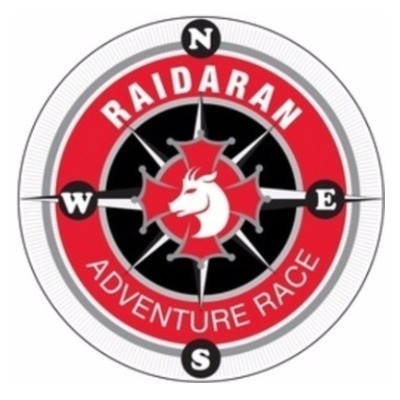 We have the honour to announce that in 2016, “Raidaran” in Spain, will host the Adventure Race European Championship (AREC), also the third edition of the Raidaran Adventure Race. Maximum of 40 teams will have the opportunity to compete for the title of the European Championship in 2016. The race will take place in the central part of the Spanish Pyrenees, in the valley of Vall d´Aran.

Vall d´Aran territory stands out for its beauty and changing temperatures in summer and, above all, by the exigency of the height differences and slopes in its mountains. The racers will complete 300-500km´s race course full of different type of stages: canyoning, kayaking, trekking, mountain biking and via ferrata.

The race will take place between 18 th to 24th July, 2016, adapting this way to the international adventure race calendar and the requirements of the European Championship rules. The inscriptions will be opened on the 15th of December 2015.

Only 40 teams will be accepted and there will be only a one category, elite category, this time.  Raidaran 2016 will have very similar conditions for its participants than the Adventure World Championship Race, (ARWC) have.As in the first edition of the Raidaran, the teams cannot have their own assistance. The race organization will be responsible of all the team material logistics during the race.  This type of race structure permits equal conditions for all participants in terms of the logistics, despite on where the team comes from.

The size of the team gears for bicycles and other materials will be communicated closer to the race. News regarding the race and all information regarding the rules can be consulted from the Raidaran web page, “News” section.

The valley of “Val d'Aran” is a border territory and located in the heart of the Pyrenees but it´s under control of the Atlantic climate. It´s a paradise for winter sports but also for summer sports like hiking and other mountain activities. When the snow melts, the mountains show their beauty with all types of hiking and trekking paths, old routes and mountain passes between the borders and also with the access to the Aigüestortes i Estany de Sant Maurici,  National Park. All a magnificent spectacle of nature in all senses.

Raidaran 2016 will be an expedition race marked with the harsh terrain where the racers will have to live through great amount of height differences in extreme situations.  The temperatures can vary and the temperature will be a determinant factor for the race: during the day the temperatures can be very hot but during the nights very cold. Raidaran is a self-sufficient adventure race where the racers need to manage their material, food, water and above all the need to sleep.

The race course will pass by mountains, rivers with whitewater and different zones, especially protected with their spectacular landscape. The organization is doing their best to recover the old and not so used mountain paths in order to offer a beautiful and natural landscapes for the racers. Peak ascents, mountain passes, valleys, lakes and lot more can be expected without forgetting the spirit of the team, the main character of the adventure races. The race stages are combined with the mountain biking sections in inhospitable places, hiking sections in solitary zones where the river and water will be the main protagonists.

We invite you to enjoy this special international event.

What does the registration fee include?

All the event's information in the web page http://raidaran.com

Send your question to the organization ofRAIDARAN 2016. They will answer you as soon as possible.