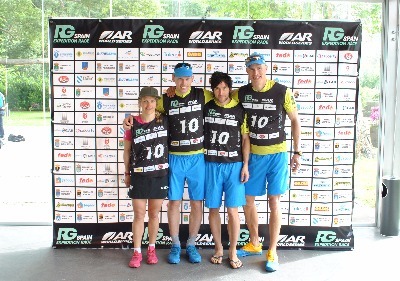 The Raid Gallaecia Expedition Race will be a hotly contested event, and it is time to introduce one of the favorites.

It is the Team Haglöfs Silva, arrived from Sweden. It is one of the main references in the elite teams of adventure races, and who will make sure we enjoy great moments and struggles with their rivals in our competition.

You can find much information about the team in their official web: history, achievements, partners, equipment frecuenlty used,...

This formation is composed by five athletes, and Gallaecia Raid Expedition Race will be present: